It recently happened to the Prime Minister of the Netherlands: a black-out. During a live TV-broadcast show in which he debated with a political opponent, he wanted to give two examples. But after the first example, he could not remember the second. While 3.3 million viewers watched, the master debater fell silent and shouted loudly through his micro the name of his speech adviser Caroliene, hoping that she would provide the keyword through his headphones. How do we deal with unforeseen situations on stage? 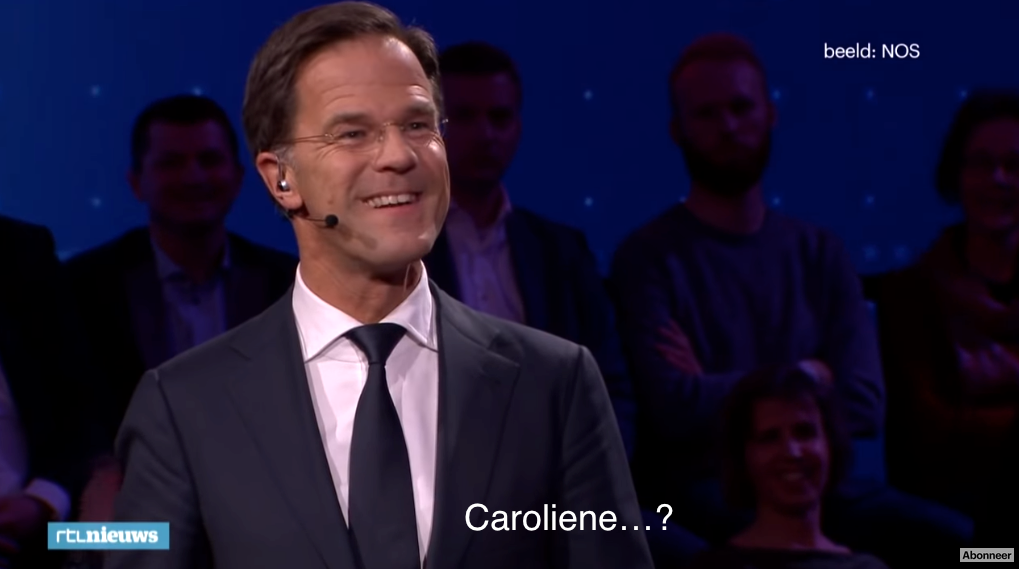 Prime Minister Rutte is used to free himself from the most hopeless situations, but not this time. His only option was the charm offensive in later interviews. By declaring that he had experienced the incident as terrible and that he was ashamed of himself. But his blunder has also brought something good that way. Because instead of the slippery politician, we saw an authentic man with the ability to fail and admit it.

Public speakers usually want to be in control under all circumstances. And if something unexpected happens anyway, terribly embarrassing situations can arise. That’s why it is good to imagine a specific situation in advance. And to come up with all sorts of variations on smart responses that you could use if such a calamity actually occurs. Calling the name Caroliene, who is an absolute stranger to the public, may not be the best option. This unsuspecting lady was suddenly trending topic in the Netherlands. 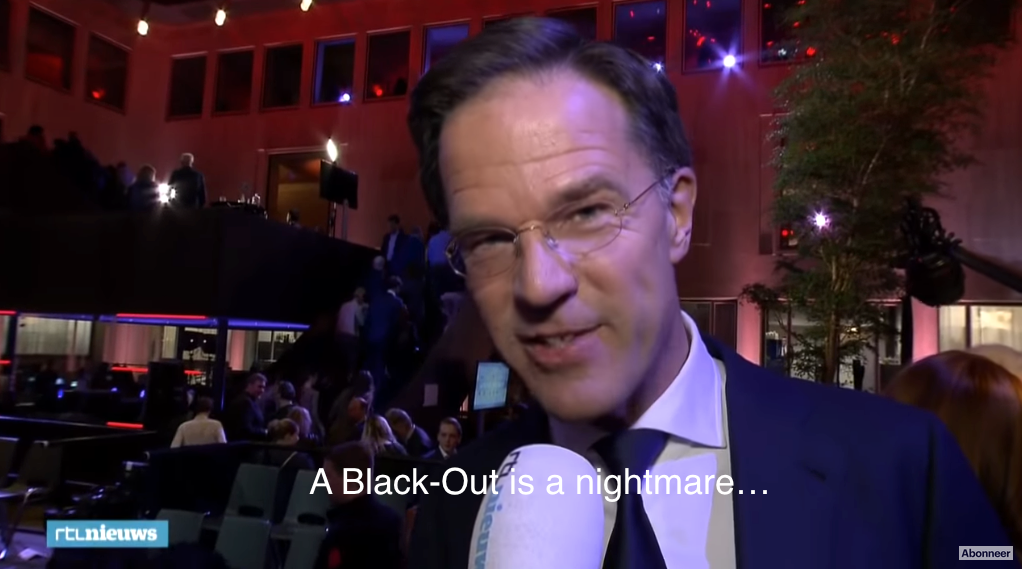 We watch TV-shows like ‘Seconds from Disaster‘ and analyze the collapse of a bridge or the sinking of a ship for more than half an hour. But we are anxiously keeping the disasters out of our minds that can happen to ourselves. Well, that’s not very smart. As a public speaker, let’s anticipate all kinds of disasters once and for all. Just imagine which disaster could happen to you on that stage. What would you do or say if someone from the audience shouts that you are lying? Or what if one throws a tomato? And what if you stumble and fall? Any idea what you would do if your interviewer suddenly fainted? Or what if something collapses behind the scenes? It’s much more likely you’ll experience a microphone failure. Or imagine your slides don’t work. What’s your response on a sudden blackout?

You will think, what a spoiled energy to prepare yourself for all that. Because, the chance that you will ever encounter such situations, is nil. But the good thing about the worst-case exercise is that from now on you will feel much more confident on any live stage. Because you know that you are prepared for almost all conceivable unexpected situations and disasters. And that brings a pleasant radiation of self-confidence. How super smart is that?