When you see Tim Urban speak for the first time, you think: this is just an over-aged student. A bit gritty, with a lot of self-mockery and a voice like he’d been partying the night before. Though 13 minutes later, when you’ve heard his whole story, the only question is: who is Tim Urban?

This preeminent speaker has completely stripped back his ego. That’s why he doesn’t even introduce himself, because why is that necessary? From the very first moment he dives into his passion: procrastination. And he builds up his story in a series of short anecdotes. That’s the way he delivers his story, bit by bit, in digestible chunks, always progressing to the ‘next level’. 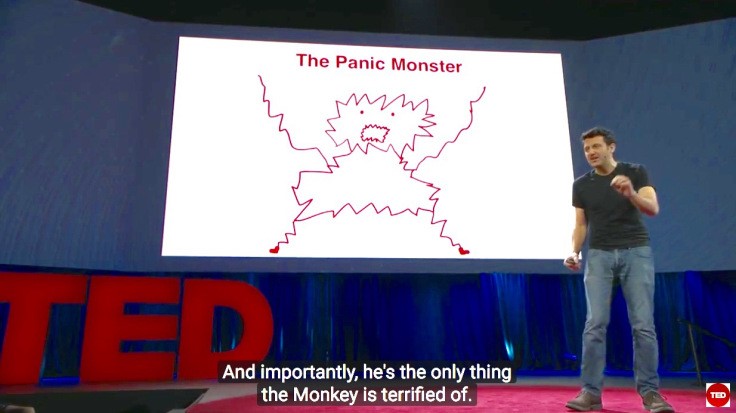 Tim knows how it works: he ridicules his – relatable – procrastination in a hilarious way, so that you empathise with his journey. In the meanwhile you gobble up his reasoning, step by step. As a result of that, almost everyone who has seen his talk, can reproduce it – even after one single time.

Urban prepared his presentation in detail. So that it all looks wonderfully clumsy and nonchalant. Which is completely in line with his subject matter. He does not make any effort to be taken seriously, and puts it all out there for the good of the story. Nevertheless his way of storytelling shows that he is enormously fascinated by procrastination. And no matter how comical, you notice that his presentation results in an instructive and enlightening climax. 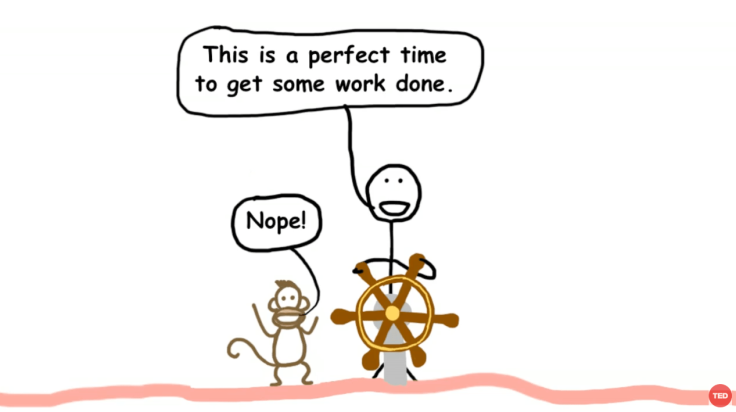 His illustrations are not scientific and so clumsy that you couldn’t even refer to them as ‘cartoons’. However they do work perfectly, because they show you exactly what you need to see to understand the message, nothing more, nothing less. That is also Urban’s approach to his stage wardrobe: just a pair of jeans and a black t-shirt, it’s as if he’s just brought in the post.

I often show this TED talk to students, to inspire them with something we are all capable of. Because this ‘simplicity’ can be your strength: a concept that few speakers have latched on to. And if it succeeds, every viewer will be able to reproduce your speech, and then you have achieved the perfect presentation. So now I present: Tim Urban. 42 million viewers (YouTube) have had the pleasure, now it’s your turn.