On Thursday 19 April 2018 four doctors took to the stage in front of a large audience for the first time in their careers. They were handpicked to treat their peers to new insights on during Internistendagen 2018 (a Dutch medical conference): four recommendations about professional practice. All four competent and knowledgeable, and I was bestowed the honour of accompanying them in their journey to delivering a confident presentation. 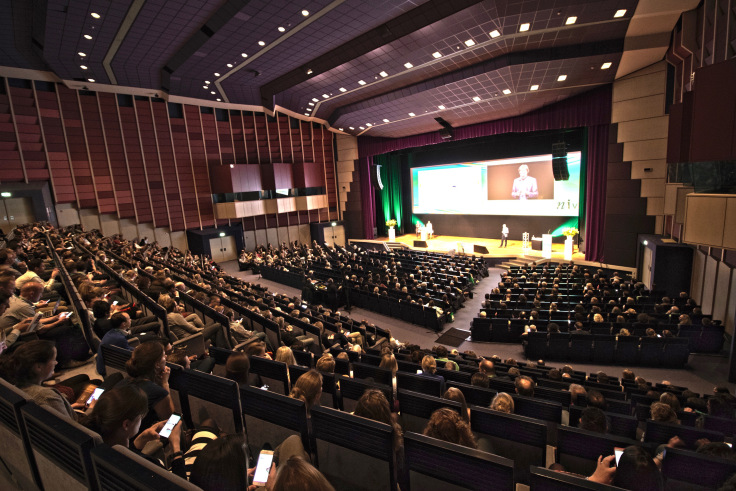 There was standing room only in the MECC auditorium with each of the 1,200 seats filled. Every speaker was allocated 10 minutes to present. In the weeks prior to their performance I had three Skype calls with each of them and several emails back and forth. The day before their performance all presentations were practiced again in the comfort and security of a closed meeting room.

Those who take such an imposing stage with clear focus are not distracted by how many people there are in the room. The nervousness does not arise because of the scale of the audience. It arises because you have to perform on point. With all four presenters you could clearly see that they quickly felt at home treading the boards. It was also quite apparent that all four of them completed their task in their own unique manner.

Let’s take a closer look at Esther Hamoen, who could easily present the six o’clock news with her clarity and calmness. Her speech was about improving the training climate in hospitals. A theme on which her department has developed a great amount of experience and insight. She presents composedly and accurately. And most especially, she comes across very credible.

It does not seem an easy task to equal Esther in her performance, being so balanced and confident. However the next speaker will not be distracted by this challenge. Her argument follows a very different strategy. Tjitske van Engelen leads more from her personal experiences and gives her talk a “touch of theatre”. She has a distinctly individual style which also received a rousing applause, and rightly so.

Now on stage is Maarten van Aken, a physician with natural charisma, who feels at home in a more informal and personalised setting. Although the auditorium is full, his manner of presenting takes on a more relaxed approach. Maarten advocates improving the quality of diagnostics. He gives the audience the feeling of sharing this vulnerable topic in confidence, while he does not hesitate to mention his own failure in detail. Maarten comes across intelligently, a supple approach that remains authentic – reminding the Dutch in the audience of Mark Rutte, the Prime Minister of the Netherlands. His performance is very well received and appreciated.

Despite the fact that Lars Valke is scheduled to speak last, he does not see that as a disadvantage. His mission is a noble one: “There are skilled doctor refugees in our country who deserve a chance to practice their profession again.” Lars argues for a more helpful attitude among Dutch doctors. His argument is motivating and encourages a more daring approach. He is not afraid to express his anger about the lack of helpfulness within the industry. An engaging argument that will remain with the audience for quite some time.

The Internistendagen conference celebrated their thirtieth anniversary this year. And they are looking to their future, to which we all raised a glass when the conference was over. Once again, four people experienced that speaking in front of a large audience is not only educational but also uniquely challenging. And this skill will contribute to the acceleration of their professional career. We will definitely be hearing about them again, that I can promise you. Also this year I will coach several speakers at the Internistendagen 2019. 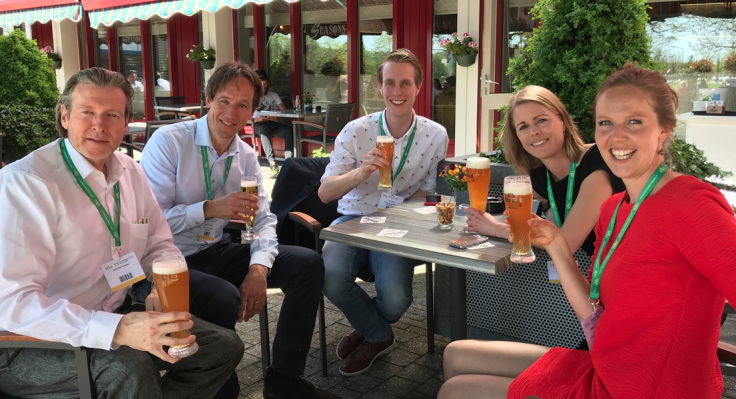